One defining factor making it easier for larger brands to attract social media followers is their popularity offline (in real life!). These brands are what we call ‘cool by association’ and this is one of the major advantages they have over smaller, lesser-known brands.

However, both large and small brands must learn to utilise social media in a way that suits them, either leveraging their existing brand power or finding ways to get ahead despite being relatively unknown. In this piece, we’re going to take a look at the challenges and opportunities presented to both types.

Let’s start with large brands, either household names or those already well-regarded in their sector.

Established brands grow their social media presence from scratch very quickly. They don’t need to educate their audience about their products, services, and ethos and they’re built a rapport with millions of consumers outside of social media. This means that even if their social media activity wasn’t particularly interesting, they’d benefit from a kind of ‘diffusion effect’ from offline to online.

This one is two-fold. First, they have usually already produced great marketing collateral such as images and videos; content that is more likely to generate engagement. Second, they can put thousands of pounds into Facebook promotion. With organic reach ever on the decrease, Facebook advertising spend is almost a necessity to make progress.

Companies on social media need ‘super fans’. People who are going to religiously interact with content and champion the brand. Not only do established brands have large social followings, they tend to have loyal fans. This helps no end when it comes to reaching the maximum amount of people organically.

Focus on the fun

One of the biggest advantages large brands have is the fact that they do not need to spend time educating their audience. When you think about it, this really is a fantastic liberty. Rather than creating content that introduces their brand, products, and services to consumers, they can simply focus on creating inventive, eye-catching content – all the better for social media.

Dove is one of many top beauty product companies that offer the same or similar products. They are heavily reliant on the power of their brand. They gained their social presence through their existing reputation, built up through more traditional forms of advertising. They then launched the Dove beauty campaign videos, that brought emotion out of their followers via topics that women could relate to; creating shares and shares and more shares.

Nike is another great example of a large brand that is storming ahead on social media. With the average user of a smartphone now checking their phone 130 times a day, Nike continues to move forward to create easy social interaction via mobile. Unlike smaller brands, large brands with healthy budgets are able to afford the costs of making large-budget exceptional online campaigns that can handle the popular expanding trends of using mobile and social combined – keeping them ahead of the game. 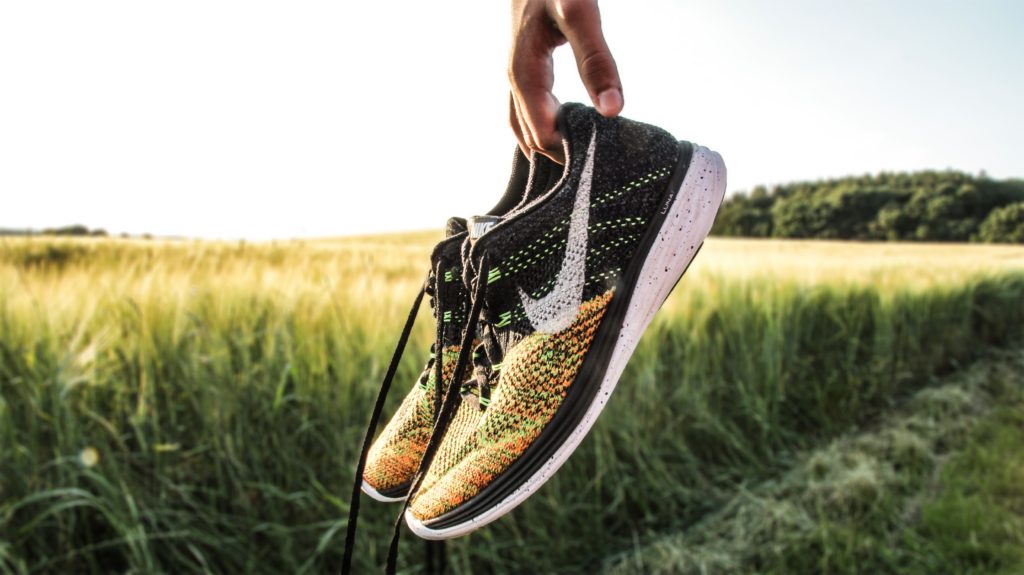 Whilst these giant brands seem to have it easier when it comes to growing their social presence, the management of such a large community represents its own difficulties. Trying to talk to everyone at once could create lots of noise, be incoherent, and potentially alienate their audience. This is where timing and creating strategies for each social platform accordingly comes into action; a way of segmenting the different groups within their large market. For example, where can Nike talk to female teenagers and young women best? Take Instagram for example – 68% of Instagram’s users are women, 90% of Instagram users are under 35, Instagram also has an increasing engagement that is become stronger than Facebook’s, making it a perfect channel to start a buzzing campaign to cater to this part of Nike’s market.

Nike has been able to transform itself into a branded icon since it first started and with such a large market wanting to be part of the Nike identity, they need the time and ability to reach out to all the different groups within their diverse market. Their challenge also lies in keeping up with the changing demands of social media – whereas smaller brands don’t have as much sitting on their shoulders…yet!

For a smaller brand starting out on social media, they generally have a smaller fan base compared to well known larger brands to fall back on for instant followers. However, depending on what they offer, they should be able to easily identify their target market online, including who they can then interact with via the relevant social platforms.

The hope is for this content to be seen by their target audience and create more followers and customers. For this to happen their content needs to be enticing to provoke interest in their social channels, which means focusing on the portrayal of their identity. Like the larger brands, they need to realise which social channels will increase their popularity according to their target market.

A great example of a brand that really flourished from selling smoothies on stands at festivals back in 1999 is Innocent Smoothies. Their ‘down to earth’ chatty nature brought their company quickly on top ranking alongside the likes of Cadburys and Starbucks. Often brands can fail to put across a human voice, which can sound scripted and false – not really that fun for followers to interact with! Innocent has kept a flexible and creative approach, which enabled them to achieve high amounts of followers using an approachable nature. Knowing their identity really helped establish themselves well on social media and has inspired thousands of other companies to portray their brand in a unique voice.

Aside from sharing consistently great content that resonates with the target audience, there are several tactics that anyone can employ on social media, which make gaining traction achievable. We’re going to take a look at four of them here, each of which you’ll find more information on elsewhere on the JC Social Media website.

Competitions can be incredibly effective for all brands, regardless of their size and presence. Facebook competitions, for example, make it easy to put your brand in front of your audience and generate lots of interaction and web clicks. They’re a great way to scale your social presence quickly.

What makes them so effective?

People love winning free stuff and most people don’t mind following a page or commenting on a post in order to enter. However, there are several pitfalls you should avoid to maximise their effectiveness. Ensure your prize is worth winning and that you target your post effectively if you’re boosting it.

Don’t be afraid to boost your posts or promote your Facebook page. It’s a common misconception that Facebook is a free advertising tool for businesses. It can be, but businesses are Facebook’s customers and the platform represents a powerful marketing tool for them. Similar to the way Google lets you compete with big brands with pay-per-click marketing, Facebook will show your page or posts to whomever your budget allows. More on this here.

Be uber-specific in your targeting

Big brands with big marketing budgets also have large target audiences. This means they tend to promote posts to a wide audience in terms of interests and demographics. If you are able to narrow your audience to just a few thousand people, you’ll be far more likely to reach them because your spend is focused on a small group. We covered this topic in more detail here, and it’s well worth a read.

Large brands tend not to actively go out and find conversations to get involved with. Why? It’s not necessarily that they don’t know how to do it, it’s just that they usually have plenty of inbound tweets and Facebook comments to be dealing with and that it can be seen as ‘small time’ for some brands to start conversations with randomers. The latter purely comes down to their specific brand voice and social strategy.

Therefore, smaller brands can utilise interaction and social selling tactics just as well as larger brands. Check out our post on conversation drivers for more information.

We’ve had the pleasure of working with local and multi-national brands and everything in between. It’s down to the social media management team to adopt the right strategy and tactics for the brand in question. What’s clear is that you must really understand the audience of a brand in order to resonate with them and, ultimately, influence them. Certain tactics can be used to better effect for smaller companies and it’s generally more important for them to actually see a tangible return on their social media investment. By taking a step back and looking at the bigger picture, it’s easier to construct a strategy and the tactics that will work for you.