We’re well into 2015 and that can only mean one thing if you’re a young professional in Birmingham, the entries are all in for BYPY 2015! (and at time of writing this, the nominees have been notified and are about to be announced!)

BYPY (Birmingham Young Professional of the Year) 2015 promises to be bigger and better than ever before and I, especially, am looking forward to being a part of the judging panel and involved in the event itself – as well as handing over my crown to the very worthy winner! But what will I and the other judges be looking for in our BYPY 2015 champion and what can we expect from the event? 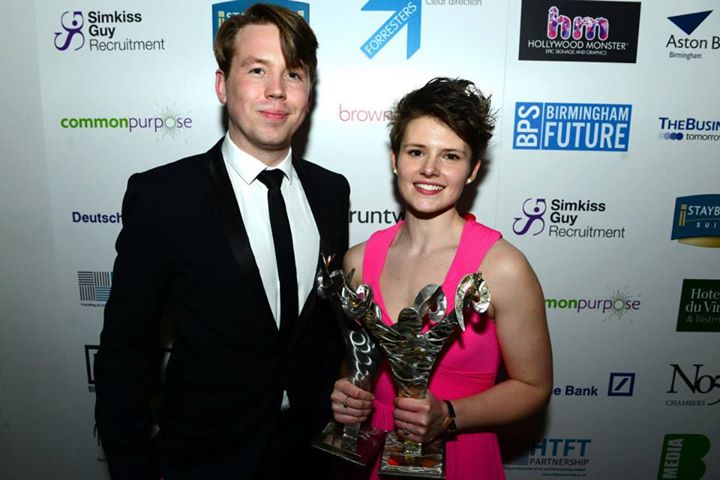 BYPY not only represents a celebration of the young talent the city possesses but it is an opportunity for individuals to prove their worth to their business, help to promote Birmingham as a great place for a young professional to start and continue their career, AND create a platform from which to catapult their own career or business. The title is fiercely contested and I know, first hand, how tough the application and interview process will be. There have been a record number of entrants this year so the standard will be higher than ever.

The awards see driven, ambitious and dedicated professionals from six categories as well as awards for aspiring talent and inspiring leader. Being a category finalist is a major honour and those who have reached that level that can expect lots of attention from their industry and local press. The winner of BYPY 2015 will be seen as a crackin’ representation of Birmingham’s future and will be a leader and inspiration for other young professionals.

What I’m looking for

When I’m sitting on that judging panel, I’ll be looking for a true leader who speaks with passion about real Birmingham issues that they have plans to address, and can back this up with examples of what they have worked on in the past and plans on collaborations and methods to get started. Birmingham is currently experiencing a renaissance and gaining national and international recognition as a growing and important city; BYPY 2015 will play an important role in continuing that trend. Much of what I have have done as BYPY 2014 hasn’t happened automatically, I’ve chased it, using the title as a helping hand. I’m hoping to be convinced by this year’s winner is going to take the opportunity of a lifetime to make a difference to their own career as well as those of thousands of young brummies.

I have used this analogy before and I stand by it, as I think it’s a good way of thinking about the world, especially work. You can see your career journey as a never-ending game of snakes and ladders. You have to keep working hard and rolling the dice to move forward. Sometimes this effort will result in moving forward quite quickly (rolling a 6) and sometimes you’ll feel like you’re almost not moving at all (rolling a 1). There will be times when it seems like other factors are at play and you’ll take a few (sometime a lot!) of steps back, if you hit a snake, or you’ll jump a few forward if you get on a ladder.

The only thing you can really do is keep rolling that dice and eventually you’ll get to those squares (your ultimate career goals and successes) you want to reach. I see your BYPY winner/category winner/finalist/nomination achievements as a ladder. They may not get you anywhere you wouldn’t have gotten anyway by rolling the dice (but of course, it could!), but they are definitely ladders that will get you there a lot faster!