It’s the biggest shake-up in the mainstream social media world since Twitter changed ‘favourites’ to ‘likes’. Facebook’s new reaction button has been a long time in the making, but it’s still taking the world by storm. The addition of ‘love’, ‘wow’, and ‘angry’ amongst a total of six reactions, has itself, delighted and angered users in equal measures. Brands, however, should be sighing a sigh of relief. Why? There’s still no ‘dislike’ option.

Facebook including a ‘dislike’ button as well as its famous ‘like’ button has long been discussed and, by all accounts, seriously considered by the Facebook powers that be. The primary use of such a button was to empathise with posts that weren’t suitable to ‘like’. This could include reports of major disasters, crimes or friends sharing bad news or negative feelings. Leaving rather pointless comments aside, the only other options included ‘liking’ the post, often somewhat inappropriately, or sharing said post. Hence the desire for something to show empathy on a less than positive note, i.e. a ‘dislike’ button, in complete contrast to the like button.

But there was a catch.

Remember Facebook is a business. Facebook’s customers are other business who like to advertise on its platform – many by promoting posts. Businesses pay a serious amount to Facebook to do this. What if people had the opportunity to ‘dislike’ what is essentially an advert for a company? 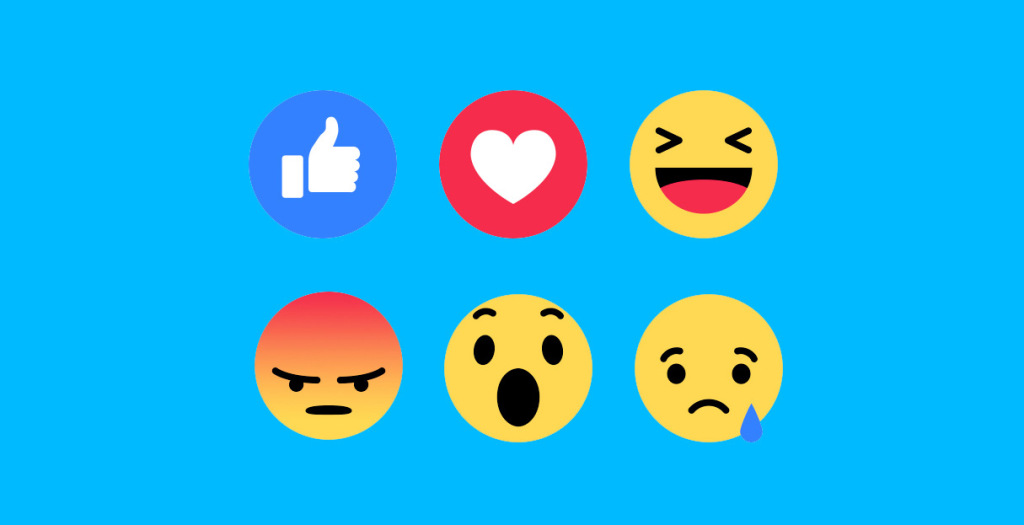 Of course, millions of people are subjected to promoted or sponsored posts every single day (of varying quality, I must add) and they are liked, shared and commented upon millions of times, too. Without a ‘dislike’ button, anyone who decided they didn’t like the ad could only air their negative sentiment towards the post using a comment. But who does that? You really have to feel strongly to take the time to post a comment whilst publicly singling yourself out as someone who did. Naturally, most people passed on this option and kept scrolling. But if there were a dislike button, the story would be very, very different.

So here’s the thing:

The omission of a ‘dislike’ or even a ‘hate’ reaction is not an oversight on Facebook’s behalf.

Can you imagine having the range of reactions available on BuzzFeed?

Try explaining ‘trashy’ and ‘oh dear’ to the CEO.

Here’s a breakdown of the reactions Facebook has actually included (and how and why and…you get the picture).

The lack of a ‘dislike’, or any clear-cut negative button should come as a relief to brands. Whether it is an overtly salesy or simply poor piece of content, the public are unable to react in such a way that taints the company brand. With the other emotions available, it would have made logical sense to include a moderate and extreme disliking – opposing ‘like’ and ‘love’.

And whilst there are still those who believe a ‘dislike’ button is around the corner. Facebook will be reluctant. But it is a possibility they’ll have to or, rather, they might as well. Because of this:

I predict that the lack of a pure ‘dislike’ button will lead to a ‘de facto’ reaction being used in its place. My money is on ‘angry’ with ‘sad’ in at close second. ‘Haha’ is the dark horse for the de facto dislike button, but could easily be construed as positive depending on the post. This de facto dislike button will be used by the masses to simply show their negative feeling towards any given post, including those by brands, especially those promoted.

But this is the good news for brands:

All these interactions will be great for brand reach. Clearly, each reaction elevates a post’s EdgeRank (Facebook’s relevancy algorithm) meaning more people are likely to see it.

It seems ‘angry’ has indeed become the weapon of choice for the trolls, however, both ‘sad’ and ‘ha ha’  are used to display discontent at various marketing material. As for reactions elevating the organic reach of posts, brands have been leveraging the emotions as a voting tools. Combining reactions with Facebook live has meant brands have been able to build traction nicely, although it seems fans are already becoming fatigued with this strategy.

We’ll find that a wider range of posts have the potential to go viral, since those that stimulate a sad or angry response will gain momentum. Those ‘would be’ likes will be diluted between ‘like’, ‘love’, ‘wow’ and ‘ha ha’ but the range of options available will likely inspire greater engagement, at least in the short run. Furthermore, these reactions will help brands better understand the response their posts achieve from their audience and should help craft their content strategy moving forward.