Now, I know what you’re thinking. Is this profound and seemingly overstated blog title clickbait? If so, there is definitely some kind of irony going on but that would all depend on how you define clickbait. That is to say, is an attention-grabbing headline still clickbait if it is, in fact, true? Shall we..?

You may or may not be aware that clickbait, as we’ve come to know it, isn’t really a 21st-century phenomenon. The fact that we have to ‘click’ to read the story is the only real advancement on the so-called baiting but we’ve been clicking to read things for decades now. The term clickbait has only really become ‘a thing’ because everyone is using the internet to make money and clicks make money. Now, more than ever (and there’s no sign of it slowing down), companies and pages are vying for our attention and they’re doing everything they possibly can to secure a vital click during a temporary lapse of integrity and sound judgement.

Is that weird old trick really going to help me lose fat?

Did what happens at the end really make you cry?

How funny can that dog playing the guitar really be?

I’m sure “NO ONE EXPECTED THIS”, but I really don’t care.

What’s bizarre is that seemingly flourishing social media accounts are dressing up clips from the 80s or 90s and making videos that are getting millions of views. It seems everyone is a bit of a sucker for clickbaity link titles (like the Daily Mail Online’s ENTIRE website!). But why? Of course, it’s all part of our curious human nature and our desire to see things that amuse and interest us – as we grow older we have fewer and fewer surprises, especially free ones! So it would stand to reason that the principles underpinning clickbait have been known and utilised for decades, pretty much ever since we’ve had printed media, in fact. But what happens when click-bait spirals out of control? Think about it. More and more companies are vying for our attention, making the internet a fierce battleground for marketers to grabs precious attention. What will happen is simply more outlandish and crazy stories, images and pictures will surface with more and more ridiculous headlines and questionable content? Well, would it surprise you, that the clickbait of its day is widely accepted as the major cause of the Spanish American war of 1898?

Similarly to the way thousands of companies are marketing to us over the internet, two newspapers in late 19th century New York experienced a similar issue. The people of New York had a choice between two major newspapers. They could ‘click’ (buy) the New York World and see what that had to offer, or they could go for the New York Journal. Both the newspapers were desperate to out-circulate the other as every single copy sold meant increased influence within the city and increased advertising revenues – almost exactly as websites need web traffic. The Journal was owned by William Randolph Hearst whilst the World had been acquired by Joseph Pulitzer (the dude the Pulitzer prize is named after). Neither Hearst nor Pulitzer was prepared to back down in the circulation war and the Cuban War of Independence, which was raging about 1300 miles south, provided the perfect ammunition for both sides. 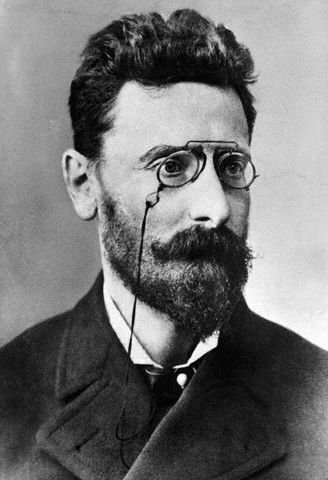 No one expected this!

The two newspapers caused an almost obsessive relationship between the people of New York and the Cuban War of Independence (being fought between the Cubans and the Spanish powers that colonised the island). The truth is, this was the third war between these armies in the space of three decades and at no point had America been particularly interested in it. But as the third of these wars ensued, Hearst and Pulitzer realised there was an opportunity. Suddenly both the Journal and World were reporting the ‘atrocities’ of the Spanish against the Cubans.

Whilst some of the events reported on were actually happening, journalists realised they had to exaggerate the headlines enough to make consumers pick up their paper rather than a competitor’s. Unsurprisingly, this led to spiralling competition in a daily bid to out-exaggerate each other’s sensationalist front pages, sometimes leading to completely fabricating the atrocities of the Spanish in Cuba.

On April 25th 1898, the unthinkable happened. US president William McKinley, who had been desperately trying to avoid all-out war with Spain over Cuba, was forced to declare war. It is almost universally agreed that it was pressure from the public and industrialists (who were all influenced by New York’s press) that caused the Spanish-American War and the collapse of the Spanish Empire. Pulitzer and Hearst had pioneered what is now known as “yellow journalism”, probably deriving from “yellow kid journalism” which referred to a comic strip at the time.

The truth is that this yellow journalism preys on everything today’s modern clickbait does. The sensational and often emotive wording of headlines and stories attempt to cut through our rational thought processes telling us “this can’t be true” or “this is definitely exaggerated”, so we buy the newspaper or click the link anyway. The reason we see it so much today is that online, there is so much vying for our attention that we’re only going click on something if it’s going to be truly amazing. In the late 19th century there was only the New York World and the New York Journal competing, now it’s multiple companies on multiple platforms in every tab you have open!

What can we learn as marketers?

Of course, Google assures us that it is taking every measure to ‘crack down’ on clickbait by using algorithms, which can tell it whether something is clickbait or not. This involves some kind of click to time spent on site/bounce rate ratio but they’re not making much of a difference. The problem is two-fold:

1. We need our brand to be heard in this noisy online world, but

2. We want our brand to be well respected and not look for cheap but worthless wins

The good news is, all is not lost! The reason completely shameless clickbait is everywhere is because thousands of websites make money from web traffic and video views. This is why there is very little new, fresh and high-quality content because these businesses simply don’t have the time to create the content, they just have to accrue clicks! It doesn’t matter where they come from or who they are, they need clicks – they’re the ‘products’ being sold to advertisers.

Unless your business is reliant on web traffic from anybody and everybody from all over the globe, you don’t have to reduce yourself to clickbaiting. What you need is content that is relevant to your target audience and will appeal to their better judgement – you’d rather have ten quality clicks than 1000 clicks from customers who will never buy your goods or services. This means you don’t have to sell your soul and stick to your guns. Present the content well and share it over social media in an enticing way to the right audience to generate valuable traffic. This way you’ll build a reputation for your online integrity and are more likely to receive clicks on future content. Creating a voice for your brand over social media and being prepared to offer an opinion will create some personality and if your content is genuinely interesting, you’ll create interest and hopefully some shares to grow your presence.