Facebook: still the mother of social media platforms and they’re making you pay for it

Pretty much whichever way you look at it, Facebook is still the mother of all social media platforms. Sure, its growth has slowed and, yes, it might not be the network of choice for the teenagers of today, but it doesn’t matter. The people with money (everyone from millennials up to and including their parents!) still use Facebook far more than any other useful platform from a marketing perspective. This is old news, right? Well, Facebook has really started to leverage its power and is making you, the business owner or the marketer, pay dearly for it.

But all is not as straightforward as it seems – is this actually a good thing for savvy businesses?

Amongst the myriad of paradoxes that exist in today’s society and, particularly, social media, the fact that social media is not free is actually the most interesting one. It’s interesting because it’s not a paradox at all. You see, people think social media is free. In fact, as an agency, we hear it all the time – “how can you charge for it?” “why should I have to pay for Facebook advertising?”

But here’s the really interesting bit:

The reason people think paying for social media advertising is paradoxical is because they use social media for free in a personal capacity. They’ve always used it for free and they know that businesses can use it for free (isn’t this is the beauty of social media?). But they forget that Facebook is a business. They forget that Facebook has its customers and its products and services. Its products and services? Its users and being able to put your brand in front of them.

So the vast majority of people first encounter social media by merely parting with an email address and a password. Of course, you never really think of yourself as the product and, to be honest, you don’t really care – no one’s going to force you to buy anything. The problem, however, is that Facebook has a serious amount of users and information to sell and it decided quite a while ago that it was time to cash in. Now the shoe is on the other foot (you’re trying to market to these people) Facebook is turning the screws and making you pay. 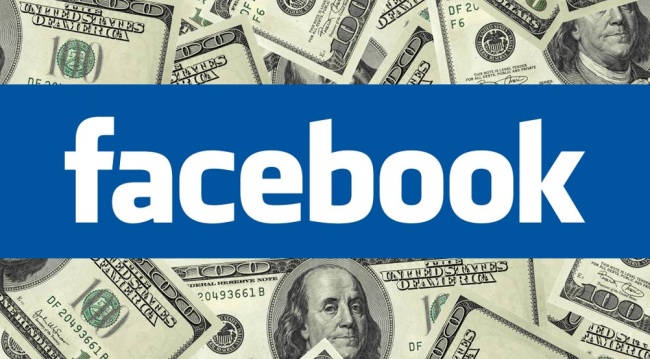 Okay, so there are pretty much two ways to put your money into Facebook to get your company page and posts in front of your target audience. Look at your own personal Facebook feed. Paying for space on Facebook puts you in two very different areas; on the right hand ‘side bar’ area or on your newsfeed itself. Whilst they might only be a couple of inches of screen away from each other, they’re actually very different types of ad and achieve very different results.

‘Facebook ads’ is the name we give to the square ads you get on the right hand side of your screen. They look similar to the Google Ads you see in the same kind of area after a Google search. A lot of websites also display adverts in this region of their pages too.

They look like ads and you tend to treat them like ads, i.e. you don’t pay much attention to them unless a) they’re very eye-catching and b) it is something very relevant to you or a product you really want. We’ll come on to the significance of this later. Here’s the second way:

Promoted or sponsored posts come up in your actual feed. They look exactly like any post from a Facebook page you already like or even something one of your ‘friends’ has posted (apart from a note telling your that it’s a sponsored post).

When you first see that post, you are scanning your newsfeed like you always do. Your brain assesses that post like it does any other post, it’s only when you stop to read it properly that you see that it’s sponsored. But this is the key – they’ve already stopped to read the post properly.

So which is best?

Paid-for Facebook ads will get you loads of impressions but relatively few clicks (a bit like Google Ads) unless they are very well targeted and designed adverts. Promoted posts, on the other hand, are likely to get more engagement since they can be liked, shared and commented upon by people who initially see the post as any other in their feed. This isn’t to say that it doesn’t need to be well targeted and well designed too (because it does!) but it just stands a better chance of actually being read than a box ad on the right hand side.

But I don’t want to have to pay for anything – it’s Facebook, I can get people to like me for free

Well, this is where Facebook has been very savvy and it’s certainly no secret. Facebook continues to make company pages more and more invisible to the general public unless they pay for wider reach – organic reach is at an all time low.

Don’t just assume you cannot get any organic coverage whatsoever. All it means is that you have to work much harder for it. In fact, working out which posts gain more organic reach and engagement will help you get the most out of any promoted post you do: promoting a post which is organically successful is likely to gain more paid reach too.

And this is the really good news:

Facebook wants more businesses to use Facebook ads. Just screwing businesses over by giving them zero coverage isn’t going to work – they need companies to be successful on social media for them to keep using it. This means Facebook has to dangle a carrot. At the moment this carrot takes the form of very good value promoted posts.

companies who are serious about social media marketing should be pleased that Facebook isn’t giving air time to people who aren’t prepared to pay for it..

…you’ve simply got less competition once you put a few quid into the mix. Even for a few pounds per day, you can get some great coverage, especially if you’ve targeted it effectively.

Facebook’s game plan is clear; make companies invisible enough to make them try boosting their posts with a a few quid, give them loads of exposure and keep them coming back for more. Of course, as more and more businesses start seeing the benefit, particularly on high ticket price products and services, companies will effectively be bidding against each other for space on their target audiences’ screens. Yes, of course, this already happens, but no where near the level it will in two or three years time.

As the business owner and marketer, you are Facebook’s customer. Facebook has provided a society-changing communication network and has collected, categorised and engaged hundreds of millions of people and their data…

don’t spite your business or yourself by not paying for advertising on Facebook out of principle.

If you haven’t yet given it a go, try a promoted post. Facebook entices you to boost posts that are already performing well but Facebook doesn’t always know why it’s performing well – you have to decide whether it’s a post that will resonate with a wider audience and achieve your goals. You’ll also have to target the promotion to Facebook users. In general, common sense prevails whilst promoting posts to fans of the page and their friends is a great option if your existing fans are or are similar to members of your target audience.

There are lots of nuances when it comes to paying for Facebook ads. There are ‘like campaigns’ and promotions optimised for clicks and impressions, with lots of different settings. There’s simply nothing better than having a play around with various posts and seeing what happens.