This post has been contributed to the #BYPY14 blog by Ben Cook, after an enlightening incident we had whilst on holiday last month.

I’d spied him previously navigating his way around the pool at our resort sporting the ghastly black and pink number Birmingham City FC had chosen as their away kit of for the 2012/13 season. I was pleased he felt he could wear it in public. Had their goal difference been inferior to that of Doncaster Rovers, I wonder if it would have been relegated from the ‘to take on holiday’ pile. A family man, his holiday was split between looking after his one year old and enjoying the freedom of being out on his wakeboard, everything crammed into one hard-earned week away in the sun.

Typical of virtually all my initial encounters with ‘holiday strangers’ I first spoke to him over the evening buffet.

“I did see you wearing that Blues shirt earlier?” I began, loading my plate up with three steaks from the grill.

“Ha, yes it was. You’re from Birmingham?”

“I am, but I’m a Villa fan,” I asserted to ensure we were both fully aware of our standpoints early in the piece.

“Oh.” He was audibly disappointed; almost repulsed that I had chosen to approach him and engage in conversation with him knowing full well we supported rival teams. He was clearly unconcerned with concealing his feelings on the matter – he was on holiday, after all.

“I’m glad you didn’t go down, though,” I added hastily but sincerely. I hope it came across as such because the statement was and remains absolutely true.

“Really?” He was genuinely surprised, “I was hoping you’d go down.”

This is what I thought; not what I said.

What I said was, “Ah, I’m not a hater,” I supposed, “I’d love to see all the Midlands teams in the Premier League. It’s always about Manchester, Liverpool and London, we don’t do Birmingham any justice.” This is my genuine opinion. You always want to win the derbies and want to finish higher than your rivals but, if anytime soon, Blues won the Premier League and Villa came second, I would regard this as a fantastic achievement for the city and Brummies all round, even as a Villa fan.

He didn’t offer much in the way of a reply to this; I figured he was occupied with shovelling some chicken skewers onto his plate. After a polite exchange surrounding which team was worse off; having an owner selling you off or having an owner in prison for fraud, we parted company. I wandered back to my table with an embarrassing amount of food on my plate before relaying part of the conversation to Jodie.

“There’s no convincing some people” we concluded. 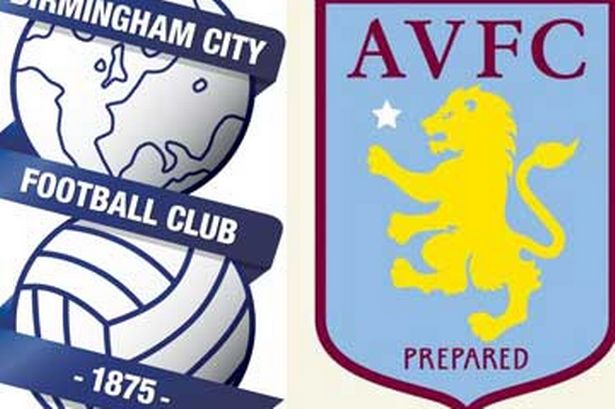 After the meal and the evening’s entertainment; we made our way back to our room only to pass the Blue-nosed family letting themselves into their room.

“This is him!” my new football friend/rival called to his wife and their friend, “the football guy.”

“Oh, this is the football guy?” said his wife. Apparently, I was ‘the football guy’, a name I’d never accrued in my life to date. “You’re from Birmingham!” The latter was directed at Jodie and I, at which point I realised I wasn’t in danger of falling victim to rival football hooliganism abroad.

After a quick chat between the ladies establishing that we were all, indeed, from Birmingham and our rough proximity to each other, my new rival friend looked at me, dead in the eye.

“Thank you,” he said, “you’ve changed the viewpoint of a lifetime”. Admittedly, he was a little drunk by now, but he was sincere in his words. “You’re right,” he continued, “we should be hating, well, not hating, but rivals with other cities, not each other.”

“He has, he has, you know,” said Blue’s wife to Jodie, “he’s been thinking about it all evening.”

“Really, thank you,” he said before we bid our ‘good nights’ and went to bed.

Jodie and I discussed what an achievement this all was. And it really was. Who knows how many people he will pass the message on to and them, in turn. But what if you’re not convinced? If you live in Birmingham or you’re from Birmingham, you’re unlikely not to have some friends or family who support the ‘other’ team. My best man is a blue-nose, as are his family, the same for my dad’s best man. I wouldn’t wish misery on them. Certainly some light-hearted banter but if all we want is for each other’s teams to be relegated, we’ll end up having second-city derbies in league 1 and they won’t even be shown on the telly.

I fully appreciate the desire to be better than our city rivals and win the derbies but why are we so keen for each other to fail? It makes no sense, whatsoever. I know I am not alone in my standpoint of supporting local teams to the point our paths cross but it needs a concerted effort. Whether it’s a simple “I hope you do well this season” or “I’d really like to see Blues back in the premiership next season” let’s support our neighbours and bring glory back to Birmingham and promote sport as a whole in our hometown.

What do you think? Does rivalry always equal hatred? Share your stories below!