Kicking off the series is perhaps the most infamous social media gadget – the selfie stick! 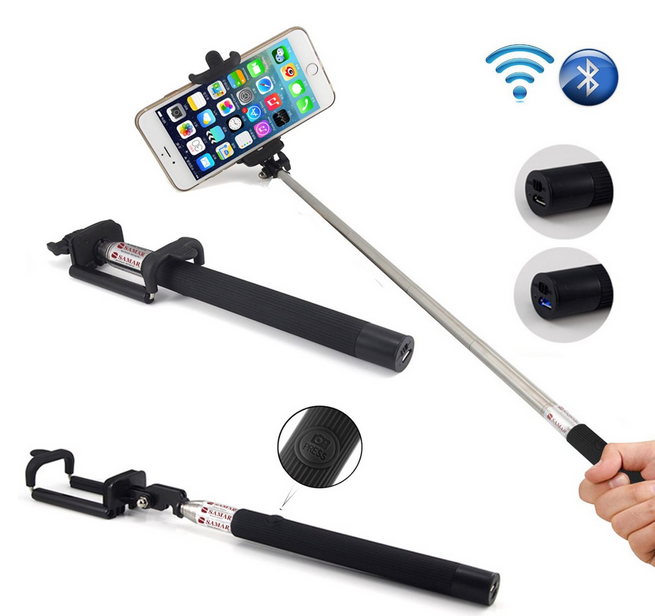 Loved and hated by the general public in equal measures, the selfie stick has been making headlines over this summer.

Amazon UK says sales of selfie sticks rose a staggering 301 per cent in the three months between September and November 2014, and then another 65 per cent month-on-month in December, which it attributed to “people preparing to capture all the action of festive parties and family get-togethers”. (Source, CityAM)

Picture the scene. There are five of you there, you want to all be in the same picture, but your arm just is long enough to take it. You could risk asking a stranger to take a picture for you, but what if they don’t take a good one? What if there’s no one around? Or worse, what if they run off with your camera?

Step in the selfie stick.

This problem is now solved and you can take your picture. You can also upload it straight to any social media platform so your friends can see your selfie in all its glory. Trouble is, there’s a new problem: you look like a complete idiot. Behind every selfie stick picture is an idiot holding a selfie stick, and unless you’ve seen one being used live, you won’t quite understand.

Charlie Brooker put it best when he said the selfie stick ‘makes you look like a shallow, awful clown’. Both Wimbledon and Disney, although not officially sharing the opinions of Brooker, have banned selfie sticks in their venues, citing the “nuisance value” and “safety concerns”, respectively.

But people still love them, and the sales prove this.

We’d like to hear your thoughts! Are selfie sticks here to stay or should they be buried in a deep hole and never dug up? Vote here!