Social media brings people and businesses together. Never before have companies been so accountable to consumers and never have consumers been so accurately marketed to by brands. But there’s so much more to social media marketing than sharing and promoting content.

In this piece, we’re going to take a look at how businesses interact with consumers and potential customers over social media. You’re going to see why it’s so important and exactly how to go about it.

Broadly speaking, we can break social media down into two distinct areas: content and interaction.

“Content” is what we’re most familiar with. Those posts, pins, and tweets that grab your audience’s attention and showcase your brand as best as possible. You can boost these posts in the form of Facebook promoted posts, for example, or advertisements on virtually any social network.

Content is how we advertise our brand’s products and service on social media. Indeed, platforms like Facebook and Instagram enable us to target these ads to individuals super specifically – far more so than a TV or radio ad. But, of course, it’s mostly one-way traffic – brands broadcasting to consumers.

So what about two-way communication; what social media was designed for?

Interaction utlises the two-way communication between brands and people made possible by social media. Social media interaction involves businesses talking to individuals, primarily on Twitter, but also on Facebook, Instagram, and LinkedIn too. This interaction can be both reactive (to people who have messaged your brand) and proactive (to people you reach out to based on one or more factors).

Proactive interaction is a super powerful tactic for some brands to build an audience rapport, generate targeted web clicks and find prospects. So this is what you need to know…

Here’s why your business should consider interaction in its social strategy:

What you should know is that these objectives are not achieved just by responding to people who comment on your Facebook post or mention you in a tweet – you can go out and find these people and start a conversation.

This active social media interaction can really make a difference to how a company actually generates leads and influences their audience’s buying decisions. 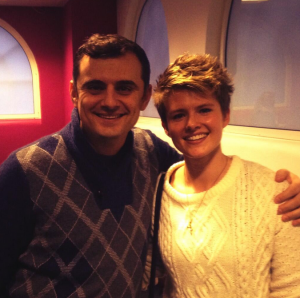 “Twitter is the only social media platform” – Gary Vaynerchuk, with Jodie Cook

The only platform a company can really actively interact with people on is Twitter. This is why Twitter is the godfather of all platforms when it comes to social media for business. Whilst Facebook, Instagram, and Pinterest make for great content platforms, that’s kind of all they are. There’s really very little scope to actually interact. Even on LinkedIn, you can’t go and hunt people down based on what they’re talking about and message them unless you’re already connected to them in some way.

But how do you go about interacting with your audience on Twitter and what on earth do you say to them?

Finding your target audience on Twitter is about identifying your conversation drivers.

Essentially, a conversation driver is a phrase someone might use which identifies them as a member of your target audience.

By searching for conversation drivers using Twitter’s advanced search and then checking out someone’s profile and feed, you should have a reasonable idea of whether they’re a prospect, a collaborator or otherwise. (By the way, this is all made really easy using streams on Hootsuite!).

Once you’ve found a suspected prospect; tweet them. Avoid selling, keep to your brand’s voice consistent in everything you do and don’t make a big deal about it. Unless your brand’s voice requires something a little different, be happy, polite and, if possible, be funny! All you’re trying to do is start a conversation – most people will be very welcoming of it and will appreciate the effort.

Be brave and don’t worry if someone doesn’t reply or replies negatively – move on and keep interacting with others. You’ll be majorly benefitting your brand by simply engaging with people who will be seeing your name and logo, enjoying a positive experience with your brand and you may even get a follower out of it.

Pro tip: Read through the person’s last few tweets to ensure they’re not too negative or sarcastic in their tweets to minimise the chance of negative responses.

Each interaction takes a few seconds once you’ve found someone to converse with and your interaction tweets (those that begin with an @) will not show on your timeline on a desktop computer (currently they do on mobile. I think this is likely to change but worth bearing in mind and you might want to break your interactions up with a piece of ‘content’ every 10 or so tweets).

But what if conversation drivers are few and far between?

Sticking with Twitter, general searches and bio searches could be your answer!

…of people you want to speak to.

1. Use Twitter bio searches to find people with the right interests or job titles – add them to a list so you can keep up to date with them. They might post something ripe for a response which wouldn’t have shown up through a conversation driver search.

2. Take part in Twitter hours like #BrumHour or #weddinghour. Most areas and sectors have these regularly. These might give you opportunities for direct interaction, but they’ll almost certainly give you accounts you should be keeping an eye on – put them in a list!

3. Add the followers of your competitors or collaborators. These people are likely to be in your target audience, so keeping an eye on them and interacting at the right time could be a great way to build a useful relationship.

4. Find attendees of relevant events. Most events have a hashtag so this makes finding exhibitors and delegates super simple (provided thy did some tweeting about it!).

A 2014 update of Twitter enabled users to tag accounts in photo tweets without taking up your valuable character limit. This is a great form of proactive interaction. You’re far more likely to enjoy engagements and replies from the accounts you tweet which leverages their networks. 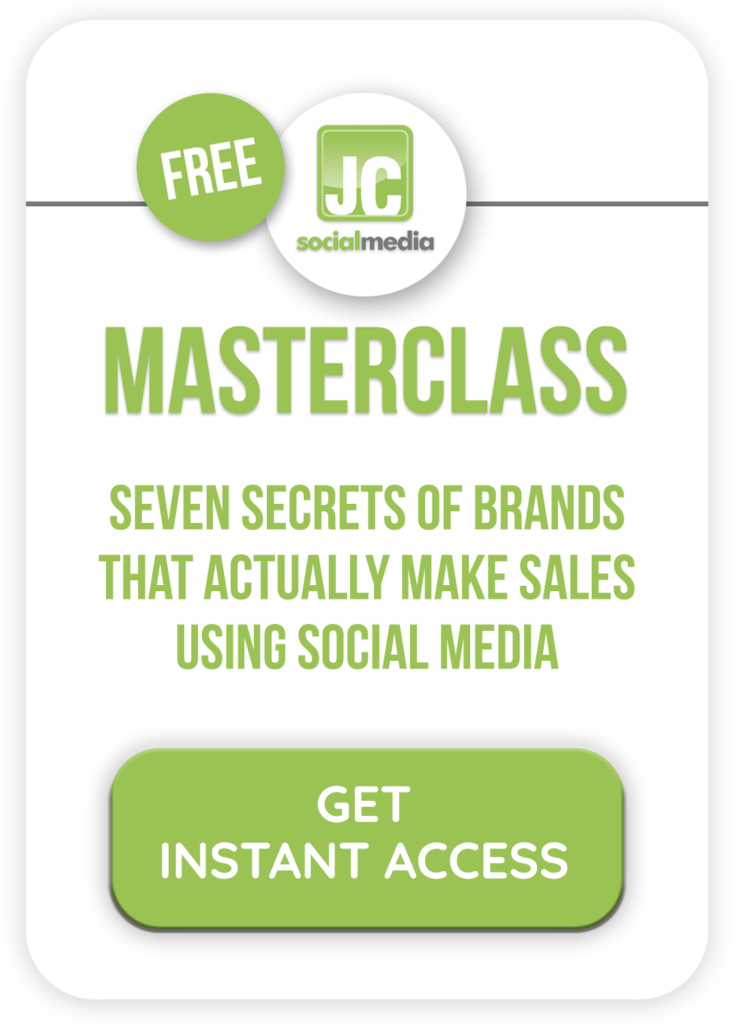 Of course, Twitter might not be where your audience hangs out. What about the heavyweights Facebook and Instagram? Well, active interaction is far harder on Facebook because business can’t reach out to consumers. Interacting with people posting on your page or commenting on your posts is a great place to showcase your brand voice and community management, but it’s a much more passive approach.

…but don’t get into the habit of leaving spammy, poorly-considered comments. It’s not good for your brand and you’re far less likely to get a follow. Search Instagram for hashtags used by members of your target audience and get commenting!

LinkedIn is a magical network for certain businesses and individuals. Active LinkedIn lead-generation is a whole other topic, so we won;t go into that now, but there are other useful elements of LinkedIn. Again, commenting on and liking posts shared by individuals in your network is a great way to show up in people’s notifications.

Tagging people in posts asking for recommendations is a great way to earn brownie points with both parties and it’s more likely to be reciprocated when someone’s looking for your services you provide. Being a general busy-body on LinkedIn, ensuring you’re connected to everyone you should and posting good quality content will combine with interaction to supercharge your presence.

So there you have it. Social media interaction is a powerful tool for your brand in achieving a range of marketing goals. Twitter clearly has the edge over the other major networks when it comes to the feasibility of searching and reaching out to individuals, but it’s not the only place to go hunting.

There are way more tips for you on the blog and subscribe to our newsletter for the very latest social media news, tricks, and tips. If you’d like to read 35,000 words on the topic of social media interaction, check out our social media book which focuses on how to use interaction techniques to generate sales and leads.