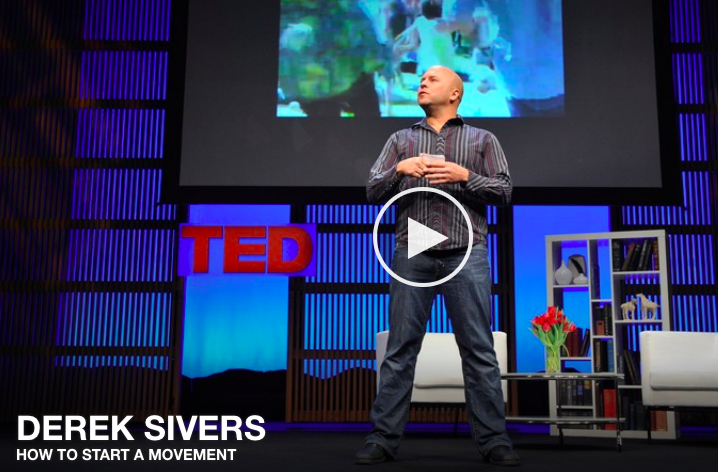 TED talks are entertaining, inspiring and informative. A truly vast range of topics by an eclectic mix of experts are freely available and the internet is a popular subject matter. With so much to choose from, we thought we’d highlight seven of the best talks about social media and its influence.

So, without further ado…

The CEO and co-founder of Twitter, Jack Dorsey, gave an inspiring speech about the new vision he has for his company. Jack highlights that Twitter today is different from the Twitter he imagined 13 years ago when he started this company. Back then, his vision was to establish a company that would serve public conversation, however, the situation changed. Nowadays, Twitter is one of the main sources of harassment, manipulation and fake news. Jack states that he wants to end this practice and return Twitter to its healthy roots and create value on a daily basis. This TED Talk is inspiring because it comes directly from its founder who acknowledges its flaws and wants to fix them.

2. Douglas Rushkoff – How to be “Team Human” in the digital future.

Douglas Rushkoff is a famous author and media theorist. His TED Talk is a passionate speech about digital technologies and the future of the digital environment. According to Rushkoff, humans are valued for their data, not their creativity. “Creativity, if anything, that creates noise. That makes it harder to predict.” He proposes that we invest effort into creating a world and technology that serves the people, not the other way around. “Join Team Human”, says Rushkoff and we totally support him.

3. Alexis Ohanian – How to make a splash on social media.

Alexis Ohanian really knows his stuff. The co-founder of Reddit, a social news and discussion website, highlighted the power of social media by presenting an interesting story about Greenpeace’s initiative to save humpback whales. He showed a series of memes that generated the success of the campaign and how the users responded to this. This short, funny and inspiring talk showed us that a little humour goes a long way.

Leaders are important, but their followers are equally important, if not more. Followers are the social interaction elements that give leaders their power and legitimacy. The context of this interesting talk can also be transferred to social media and digital marketing. In order to successfully raise awareness, generate leads and increase your sales, you need to build a community that will follow your page and your posts. This talk shows us how to build a community that will follow and support you until you reach your goals.

5. Tim Leberecht – 3 ways to usefully lose control of your reputation.

Companies and brands struggled to keep their reputation under control for years. But, sometimes the lack of control can bring amazing results. Tim shows us how companies that gave their employees more freedom achieved better results, especially in the long run. This talk shows us that it’s important to listen to the community and implement changes. Including customers and employees in the decision-making process will make them feel involved and appreciated and this will definitely contribute to business success.

The co-founder of Twitter talks about the first days of Twitter and how their simple idea became a massive success, mostly thanks to the diligent users who used Twitter for spreading all kinds of relevant information. Thanks to the public interest, Twitter became a relevant source of information and a channel for fast updates.

This is an insightful TED talk from Renny Gleeson, who discusses phubbing.

The TED site explains, “In this funny (and actually poignant) 3-minute talk, social strategist Renny Gleeson breaks down our always-on social world — where the experience we’re having right now is less interesting than what we’ll tweet about it later.”

There are over 2,500 TED talks and over 100,000 TEDx talks available to watch online. Many address key issues around social media, technology, psychology and marketing. The six here are the ones we’ve found to be very applicable to social media management but nothing beats going for a browse and seeing what you can find.