What does it mean when someone ‘favourites’ your tweet?

Favouriting is a really important feature of Twitter. It’s really simple to do, you just have to click the start at the bottom of any tweet you see. If someone has favourited your tweet you’ll have received a notification that looks like this:

[NOVEMBER 2015 UPDATE: Twitter’s ‘favourites’ are now known as ‘likes’ – everything else about the functionality is exactly the same so the rest of this post is still legit. Here’s what happened when ‘favourites’ became ‘likes’]

There are two important features of the ‘favourite’ (now the  ‘like’) button.

1. When you favourite a tweet, it is added to your list of favourited tweets, virtually bookmarking or saving it for later. This is great because you can go over your favourites at any time and find the tweets you’ve found most interesting and funny or save articles or nice thing people have tweeted about you!

Basically, you should be really pleased if someone has favourited a tweet of yours!

Either they have saved your tweet to look at it at a later date or they’ve wanted to show you their appreciation for that tweet. The more favourites your tweets receive, the more you know you’re sharing value-adding social media content or people want you to know they’ve seen and liked your content. Whether you’re using Twitter for business or personal use, this is always a good thing! 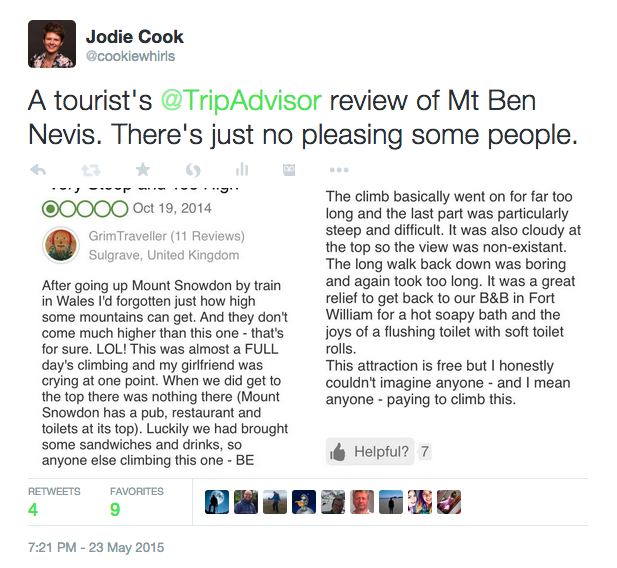 By ‘favouriting’ a tweet, you are essentially saying, “Yes, this represents my viewpoint. I am happy for others to see that this represents my viewpoint,” or “this amuses/interests me, I want to show my appreciation/look at it again in the future.” Having said this, favouriting is obviously not a strong an endorsement as a retweet. Retweets automatically distribute that tweet to your entire following.

The best way to decide whether to favourite or retweet a tweet is this:

If it adds value to you to, favourite it. If it will add value to your network, retweet it!

Let’s put it this way. If someone tweets “I love your new blog post,” favouriting would be a better option. It’s also a good way of avoiding doing lots of retweets altogether (which will annoy some followers) whilst still showing your appreciation for the content. If you’re trying to get on the radar of a particular business or person, favouriting can be a gentle way of stroking their ego and showing up in their notifications every now and again.

Another use of the favourite tool is to show that you have seen a tweet without having to reply to it (a bit like ‘liking’ a comment you’ve been tagged in on Facebook but don’t necessarily fancy replying to!). Here’s an example:

People’s favourites are open to the public and you can peruse everything that person has ever favourited. This means you should be aware that other users can do that to you! Your collection of favourite tweets is the Twitter equivalent of an interior designer’s inspiration scrapbook. They are things that you find funny, that inspire you, that you think other people should read, and that you would like to be associated with.

P.s. My collection of favourites/likes can be found here. Looking for more social media hints and tips? Sign up to our newsletter.